Exploring and Creating in Beulah 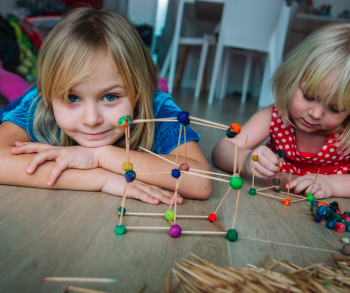 In pursuit of big dreams, Beulah’s little hands-on science and discovery center is experiencing a growth spurt! This spring, COGNiTiON was awarded a $50,000 Assets for Thriving Communities grant from Rotary Charities in support of building renovations and exhibit expansion.

COGNiTiON is a unique, hands-on science playground in downtown Beulah, Michigan. Kids of all ages can enjoy the exhibits and activities designed to spark creativity and interest in STEM (Science, Engineering, Technology, Math) and create a safe space for children to explore, create, and learn.

Kicking off the holiday shopping season, COGNiTiON first opened the doors of its downtown Beulah science-centered gift shop on Black Friday in 2016. Starting small and using the retail space as a pilot for future plans, Kimmee Wenkel, Executive Director,  recalls those first days in COGNiTiON’s 800 square foot space. “We had sticky notes all over the walls to cast a vision of what we wanted to do. We couldn’t fit a lot of people in the space, but we spent a lot of time with the families who came in.”

The science and discovery center opened with its first exhibits in 2017. Though the space was small, families and “kids of all ages” were invited to explore the activities, including a nature station, a maker station with crafting materials, and a bike-powered circuit wall. “We even had carnivorous plants, and kids wanted to be involved in cultivating the fruit flies to feed to them,” says Wenkel. Now a pillar of their current interactive exhibits, COGNiTiON’s first animals were a hedgehog and a snake. The center is now home to dozens of animals, including more snakes and hedgehogs, fish, birds, rats, guinea pigs, frogs, turtles, and tortoises. 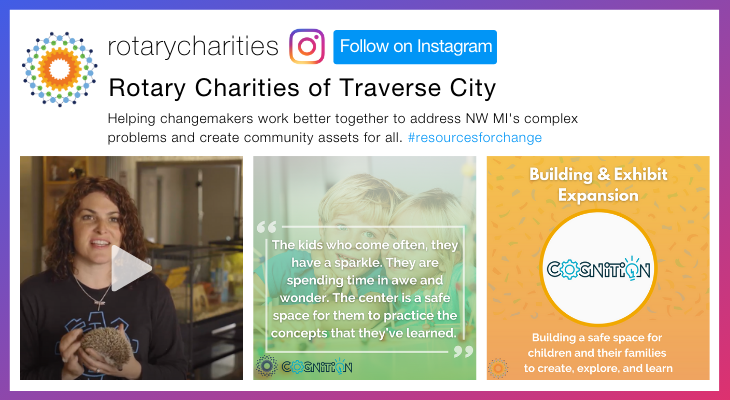 Wenkel says that some of the best ideas for the center have come from their guests. “In the beginning, we were very idealistic. We had this beautiful shiny thing in mind and this idea that we’d roll it out when it was ready. After a few months, we realized this wasn’t something we could do on our own. We would need everyone in the community to be involved.” And the community has responded to that ask. At any point in time, COGNiTiON’s volunteer crew has about 30 people who all bring their time, skills, and talents to the nonprofit to build it into what it is today.

After outgrowing their original space, and finding a temporary home, Wenkel and her mother Laura Stanwick searched for a new building. “We knew we wanted to stay in Beulah and add to this community,” says Wenkel, and in May of 2019, they began the first stages of renovating the building with the goal of being ready to open by spring break 2020. Unfortunately, the first “stay at home” order was announced just two weeks before their hopeful opening day, which caused significant delays in completing construction projects. As the year progressed, construction wrapped up, and COGNiTiON welcomed kids to a one-week day camp in July 2020. After their successful camp experience, they were able to accommodate families into the center using a reservation system to maintain capacity limits and practice safe social distancing.

From small beginnings, Wenkel and her team have been dreaming big from day one, and she says they always knew they’d need to expand once they outgrew their original space. A pivotal day, Wenkel recalls, was a rainy day when would-be beach-goers changed their plans when the weather took an unexpected turn. Escaping the rain, families piled into COGNiTiON to enjoy the activities, making navigating the center challenging. Now, their new expanded space gives visitors more room to safely explore the exhibits, both indoor and outdoor. Renovations included installing a glass-paned garage door, which extends the center’s usable space in front of the building, as well as in a side yard where two new exhibits have been installed. A trebuchet, built by a local carpenter, launches balls into the air, teaching children and their families about propulsion, and a large two-sided scale teaches about weights and balance. Indoors, new solar-powered fans help visitors learn about renewable energy. A new “Crystal City” exhibit will teach lessons about the local economy and industry with an orchard, a factory, and a marketplace for kids to learn and play in.

COGNiTiON is a unique asset in its small town in rural Michigan. It’s located centrally to be accessible to families throughout the region, from Traverse City to Frankfort. “For kids who come often, they have a sparkle. They are spending time in awe and wonder,” says Wenkel. “The center is a safe space for them to practice the concepts that they’ve learned, and they have a sense of pride and ownership in the space. This is a place for them, and they know it.”

Rotary Charities of Traverse City is proud to support COGNiTiON with a $50,000 Assets for Thriving Communities grant. Learn more about COGNiTiON on their website, discovercognition.org.