Next Generation Aviators Lift Off 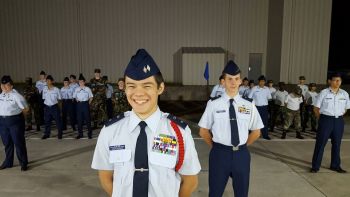 The Civil Air Patrol Traverse City Squadron performs search and rescue operations, special missions and prepares the next generation of aviators as they lift off into careers in aerospace, rocketry, and the airforce. This spring, Civil Air Patrol was awarded a $50,000 Assets for Thriving Communities grant to support their aircraft hangar and & classroom construction project. The new hangar will allow the group to safely store their aircraft inside and provide the classroom space and amenities needed to deliver their programs and help the cadets succeed.

The Traverse City Unit of CAP coordinates closely with other local units and local authorities to meet the needs of our communities in times of emergency. During the height of the pandemic, northern Michigan squadrons flew missions to the Upper Peninsula and throughout the Great Lakes region, delivering doses of the COVID-19 vaccine to protect prison populations and native communities. CAP pilots also respond to local search and rescue missions, including two recent high-profile cases in the UP, one involving a downed pilot and the other a lost autistic child, as well as local searches in the Sleeping Beat National Lakeshore. The success of these search and rescue calls depends heavily on time required to respond. Currently, the Traverse City Unit’s aircraft is stored in a hangar in Cadillac, requiring pilots to make the drive south first before they’re able to get in the air, causing delays when every minute matters. 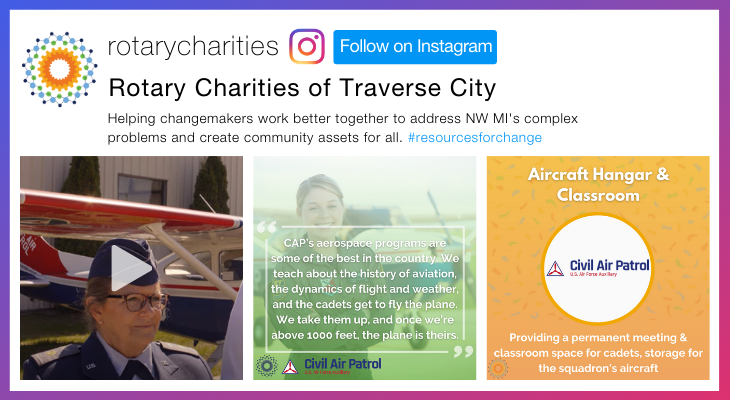 Youths ages 12 to 21 can join CAP’s cadet programs, which promote leadership, aerospace education, and physical fitness. “The cadets learn to be leaders, learn how to speak with respect, and they learn how to fly for free,” says Major Jo Hendrix, Group Commander of the Northern Michigan Group. Cadets must complete coursework in principles of flight, rocketry, and other STEM topics and level up in rank after passing examinations. “CAP’s aerospace programs are high performing and are some of the best in the country. We teach about the history of aviation, the dynamics of flight and weather, and the cadets get to fly the plane. We take them up, and once we’re above 1000 feet, the plane is theirs.”

CAP’s programs are designed to promote civilian aviation and can open up pathways to lifelong careers. “Some of the cadets who participate in our programs don’t fit in in other places. They may not have the resources to participate in sports or band. We give them free uniforms, free rank, and give them a sense of purpose and build their self-esteem,” says Hendrix. Cadets learn to fly, and many receive their private pilot’s license and pursue careers in aviation and technology, becoming commercial pilots, aerospace engineers, cybersecurity specialists, or joining the United States Airforce.

The Civil Air Patrol Traverse City Unit has launched a campaign to raise funds to build a hangar, which will provide dedicated space at the Chery Capital Airport to store the Unit’s aircraft. The hangar will also serve as a permanent meeting space and classroom for the Unit’s cadets, who meet weekly at various locations and community spaces. Having a dedicated meeting space will create stability for the organization, provide cadets with STEM learning kits, and provide internet access and laptop computers. “These kids out in rural areas often don’t have the bandwidth at home to do their homework and coursework,” says Hendrix. CAP is over halfway to their fundraising goal, and hope to break ground on the project this summer.